NATIONAL COSTUMES OF THE M.P.R


NATIONAL COSTUMES OF THE M.P.R.

Posted by mongolmom at 2:47 PM No comments: 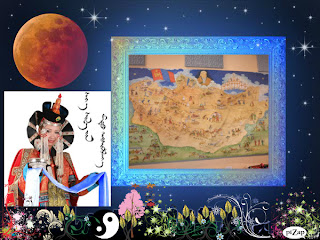 
If you took Thanksgiving, Christmas, New Year and Easter as they are celebrated in America and roll them all together you would have a close approximation of Tsagaan Sar. The origins predate the Great Genghis Khan. The Mongols of olden times were in touch with nature to a great degree - their life and life styles were connected intimately with the earth and sky as well as the seasons. They called them Mother Earth and Father Sky. They judged the season by the colors of the earth and its growing things - by the sharpness of the winds, by the positions of the moon, stars as well as the sun. Taking positions of the stars for direction using the sun and the moon as nature’s clock and their monthly as well as yearly calendar.  The hours of day and the years were named after animals, days and months were named after colors. Noted in Marco Polo’s journal from the time of Kublai Khan were entries about the Mongol traditions and he noted that the last month of the old year was called the black month as it was the coldest, darkest and had the shortest days of any month of the year. Also that the next month was called white month as it was beginning of the end of winter and the beginning of the new year with spring soon to come.
In olden times before Genghis Khan, the Mongols celebrated in the fall of the year at the end of summer the gracious bounty they had gathered and collected of the produce of their animals - various dairy products as well as dried and cured meats along with wild herbs, berries and other root crops. They would hold this harvest celebration before the onset of the long cold brutal winter ahead.
In 1206 Genghis Khan was named Great Khan and Ikh Mongol (Great Mongol) the country of Mongolia was created. At that time he moved the harvest celebration which was celebrating the end of the summer beginning fall to the dates that it is celebrated now which is the beginning of spring (white month) to celebrate the new life such as fresh grass, flowers blooming, baby animals being born. This is also to celebrate the birth of a new nation and the inauguration of the Great Khan.
From times of old the Mongols have held with the sayings of Mother Earth and Father Sky – as the Mother gives milk to her young the Mongols thank Mother Earth for her gifts of dairy products from the animals they keep – they give thanks by casting small amounts of milk to the four corners of the sky (compass directions).
Mongols believe that the milk is pure as it is white and without blemish, they offer it as a blessing to God. When someone is going on a long journey or perhaps to be assigned to the army their Mother will usually cast the milk to the sky and pray for a safe trip, to keep them safe and bring them back home safely.  The same will hold for all special occasions like weddings or other special or serious times. The milk prayer will keep their way clean and safe.
Tsagaan Sar brings together family and friends – the problems and tribulations between each other are put behind them and you start over fresh – you do not bring previous problems forward into the New Year.
Tsagaan Sar evening the oldest person in the family will be honored by all of the extended family coming to their home to share food and play games such as Shagai. This is the celebration of the end of the old year – you always eat until you are full – this day you will not sleep over at someone else’s home because your own home is important on this day – you do not want to leave it empty, so you return to sleep.
During Tsagaan Sar celebrations there are three things that you cannot do – first you cannot be angry – the second is to not be greedy and the third is not to be sad. You clear your mind and spirit of all negative things and open it up to pure clean positive thoughts.
During these days you always help people and give with an open heart.
Some people prepare for Tsagaan Sar months ahead – by cleaning everything possible – herders have new births around this time from their herds of animals which are considered a blessing. Everything must be clean even your language. Do not sew old clothes during this time, sew new clothes. If you owe money pay it back before Tsagaan Sar, do not owe anyone anything. All the remaining tasks that you have left, you need to finish, before Tsagaan Sar starts. 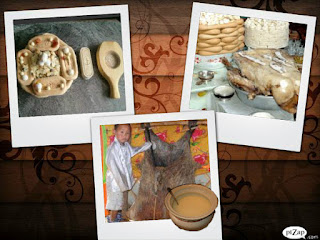 People help each other with the chores – especially the older members of the community whose health is not up to the extra work and appreciate the help from the younger members. Also they share with the ones that don’t have as much or any at all – this brings good fortune to those that help and give – it’s not seen as charity and it’s not begrudged – it is in the culture.
Food at Tsagaan Sar consist of brown and white foods – brown foods include meat, flour dumplings, ravioli and alcohol. White foods are dairy products, cookies and alcohol made from mare’s milk called airag.
To honor the oldest person in the home large cookies called “ul boov” or “heviin boov” are cooked and stacked on a platter with each layer of cookies symbolizing ten years of life. This can be arranged in patterns of three to a layer or five to a layer depending on your choice. Odd numbers are considered good luck. The direct translation of the name of the cookies means “footprints” – it is blessed as it means you are connected to this world through your footsteps – always walking forward never backwards – good luck will always come to you.
Tsagaan Sar evening is called “Bituun” - direct translation means the old year and old things are done, finished and closed never to come back.
Bituun day families set up their tables, people come over to show their respect and to honor their elders.
Bituun night meal is started by eating foods of the brown category. You eat brown foods first as the old year and all the bad things associated with it are gone. After brown food you consume white dairy food so you will be ready for the year, new day and new moment.
After dinner older people will tell legends about the olden days and the younger people play games with shagai such as the camel and horse race. Shagai are made from sheep ankle bones. These have four sides – the concave side is called goat, the opposite side is called sheep, the flat side is called horse and the remaining side is called camel. People of all steppe cultures have played these games for millennia. They can also be cast as dice or flicked as marbles.
The day after Bituun is called Tsagaan Sar or New Year’s day. People get up early as the sun is rising – all people put on new clothes – make new milk tea – the lady of the house takes milk tea outside and cast it to the four directions of the compass while praying for a good year. 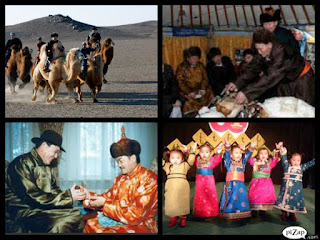 After this all the members of the family with exception of husband and wife greet each other beginning with the oldest. (husband and wife are considered one person so they don’t need to be greeted by each other) They are greeted by saying “Ta amar mend  baina uu?” which means “How are you doing?” The older person’s arms go on top and the youngest go on the bottom like you are going to carry them holding their elbows. The older of the two will be holding a “Hadag” which is a blue or white prayer cloth. This cloth can be different sizes. It is folded three times with the open side pointed away from the holder – this means you are welcome. The answer back to the first greeting is “Amar mendee” which means I am fine , I am good.
After the greetings are finished guests and family will be seated at the table – guests will open their hoorog (snuff bottle) and will partially open the top and present it to their host and say “Ta saihan shinelj baina uu?” Which means “how is your new year going?” The host will say “Saihan saihan” which means “good, good.” After this the host sniffs at the lid and passes it back or if he wants to he can remove the top and take some of the snuff and snort it up their nose – it is up to each person on how they do this. The symbolism of the passing of the snuff bottle is new friendship and honoring friends and family. 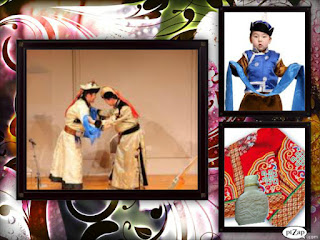 This day people of the same age greet each other with one arm on top and one arm on the bottom. Pregnant women do not greet each other like this during their pregnancy as they believe their unborn child’s sex could be switched.
This day the first food that is eaten is white food (dairy foods) this means good luck, blessed life and good things coming for you. This day do not talk about any negative things, always be positive do not get angry.
Each person gives gifts on Tsagaan Sar – not expensive material gifts – but things that you have – cookies, dairy products or any natural products.
If people will truly follow and observe these customs, putting old problems behind them and looking forward to the future without negative thoughts or preconceived notions the world and their lives would be truly remarkable.

James and Uzmee Pigg
Posted by mongolmom at 8:09 PM No comments:

Check out History of Valentines Day

Check out History of Valentines Day
Posted by mongolmom at 4:57 PM No comments: 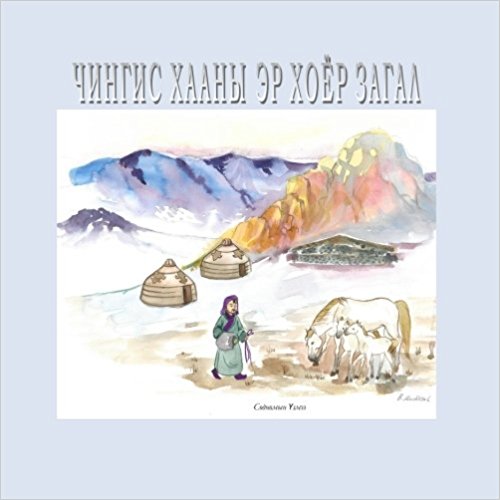 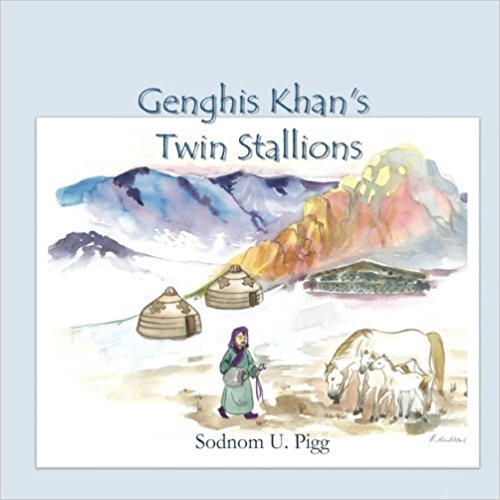 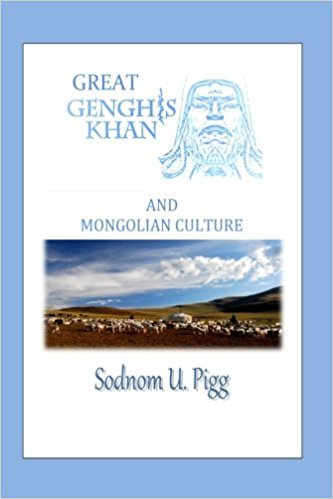 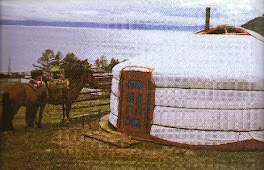 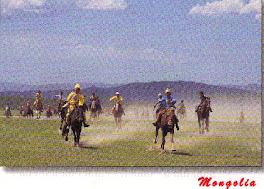